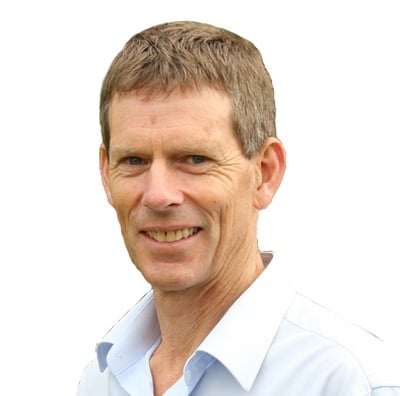 “It’s very satisfying to work in a company focussed on helping clients receive a solution that has a transformational impact on their building.  The Skyline project was a real highlight from this perspective.”

The views seen through the glass windows of the Skyline Restaurant are nothing short of spectacular. Sweeping views of Lake Rotorua, Mount Tarawera and the city provide more than enough theatre to easily fill any awkward gap in conversation and provide the perfect backdrop for any dining experience. It is an inevitable consequence that diners tend to gravitate toward the windows to make the most of the stunning views, however until recently, the closer to the glass they got, the more extreme the temperatures tended to be.

During Rotorua’s chilly winters the building’s industrial heating system often struggled to keep up. A huge amount of expensive and much needed warmth constantly streamed through the single glazed windows resulting in temperatures at the glass not far removed from the near freezing conditions found outside. In summertime, the north facing aspect of the building meant sunlight streamed through the windows resulting in a super-heated room and temperatures at the glass of over 50 degrees Celsius. These problems were being directly caused by the very windows that afforded the Skyline Restaurant its famous views. Being expansive, floor to ceiling single glazed windows, there was very little thermal protection against either cold or heat, and the restaurant was paying the price through huge heating and cooling costs, not to mention the discomfort of diners.

There was also a third issue to contend with. A major drawcard of the restaurant is undoubtedly the views however the huge windows meant there was considerable amount of glare. The brightness and reflectivity inside of the building varied greatly throughout the restaurant and limited the ability of customers to enjoy the scenery outside. Installing double glazing would insulate diners from the extremes of temperature found outside whilst simultaneously reducing glare.

A specialist glass product called Coolite was chosen for its exceptional clarity and its ability to let in the frequencies of light that provide visibility but stop the frequencies of light that create heat. This feature helped reduce glare and heat without having to resort to tinting which tends to diminish the quality of the view. When combined with double glazing, Coolite glass is incredibly high performance, even better than most types of triple glazing. The specific type of Coolite chosen for the Skyline project was selected for its ability to optimise the amount of light and heat that would enter the restaurant for Rotorua’s conditions. The Skyline Restaurant was just the second building in New Zealand to use Coolite, placing the project at the forefront of retrofitted double glazing technology.

While improving thermal insulation was the primary reason for replacing the glass, it also presented the opportunity to reduce the number of panes of glass stretching along the outer wall, thereby increasing the size of each window and improving the already impressive vista even further. This required removing important structural elements of the original frame and reengineering the unit to ensure the new windows were safe and exceeded the required engineering standards.

Each unit of glass weighed over 120kg and required the importation of a specialist glass transportation device that allowed the Double Glazing Company to unload, transport and install each pane of glass without it having to be physically lifted by the glaziers. Over the entire course of the project and not a single pane of glass was damaged during transportation or installation, an impressive feat considering the size of the panes and the scale of the project itself.

Despite a number of challenges and delays, the project was completed two weeks ahead of the 31 October deadline. The increased thermal insulation from the state of the art retrofitted double glazing is doing a great job protecting against both extreme cold and heat. Staff have been amazed at the improvement to the overall ambience and the comfort of the facility. Plus, with larger windows, improved clarity and reduced glare, the views from the Skyline Restaurant are better than ever.

The experience of this project, along with an awareness of the need for products that significantly reduce solar heat entering homes without compromising light levels, lead to the development of the SuperTherm Cool double glazing. 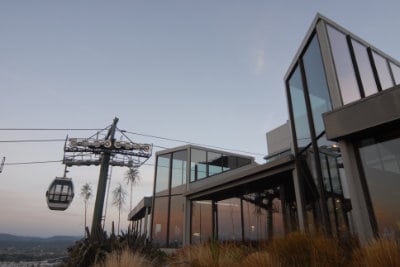 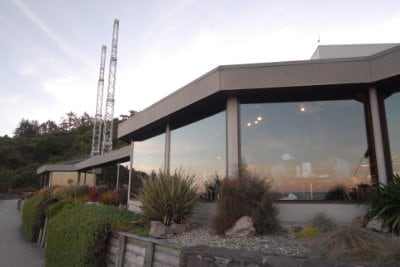 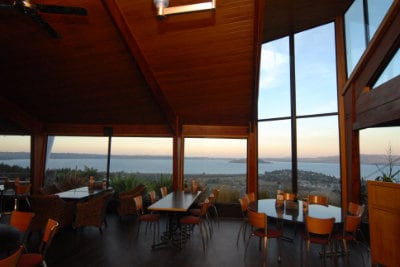 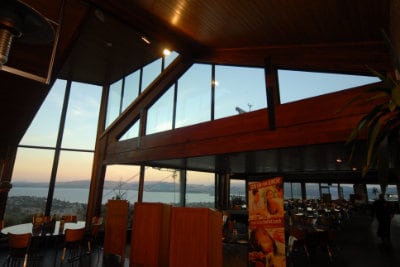 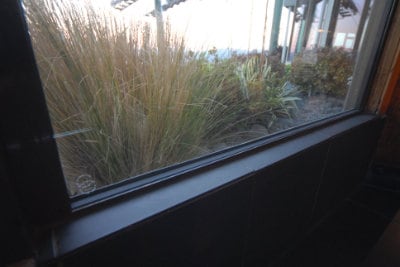